Science and Society
An Anthology for Readers and Writers

An Anthology for Readers and Writers

Developed for use in college and university courses, Science and Society provides a broad selection of science writing intended to help students think critically about science and related ethical issues, and to write effectively about science in a variety of styles. The anthology combines pieces aimed at a general audience—including essays by Stephen Jay Gould, Elizabeth Kolbert, and Malcolm Gladwell—with a substantial selection of academic writing, including research articles from journals such as The Lancet, Science, and PLOS ONE. The volume is arranged thematically according to discussion topics ranging from climate change and factory farming to gender discrimination in the sciences and corporate involvement in medical research. Special attention is given to controversial works, including Stanley Milgram’s “Behavioral Study of Obedience,” and to examples of science gone wrong, such as Andrew Wakefield’s infamous paper falsely linking the MMR vaccine to autism.

The volume’s introduction outlines major issues in contemporary science, such as publication bias and the commercialization of research, as well as introducing writing concepts such as objectivity of tone and active/passive voice. Each article is accompanied by discussion questions and by helpful explanatory footnotes for non-specialist readers.

“Through a wide selection of essays, Science and Society: An Anthology for Readers and Writers illustrates how writers and readers must both take responsibility for scientific discourse. The variety of texts and genres is diverse, a carefully woven interplay of voices, ranging from popular writers like Jared Diamond to social psychologist Stanley Milgram to lesser known academic specialists. The anthology is wide in scope, dipping into the disciplines of geology, psychology, medicine, genetics, agriculture, engineering and technology, and gender.

“As a way to urge students to think not only about content, but about context, historical moment, and exigence, the editors present a variety of questions that skillfully merge the disciplines of science and composition/rhetoric. Students that encounter this text will leave with a stronger understanding of the conventions of scientific writing, audience (both addressed and invoked), and how to use sources. Furthermore, the anthology does a nice job of presenting examples of discourse that achieves its purpose, as well as examples that fall short – allowing students to differentiate between the two. To sum up, Society and Science allows students to see scientific writing in a new way, as an active, unending conversation between a variety of players.” — Kat Gonso, Northeastern University

“This is an excellent collection of readings that covers some of the most riveting and important scientific controversies of our time. The book reveals how poorly conducted or poorly written science can have widespread consequences [and] gives insight into the process of science, including the behind-the-scene practices that can create bias. This is a must-read for students going into science, science writing, or science policy. This is one of the few readers I’ve seen that includes both original research papers and the media coverage of them; it’s essential for students to read good and bad examples of both types of writing. The appendices also contain a superb and concise summary of good writing practices for scientists.” — Kristin Sainani, Stanford University

“[This anthology includes] both positive and negative examples of writing about science [that] will be excellent for teaching [and] articles on controversial issues [that] will increase student involvement. … Science writing aimed at a popular audience will work great for students with different majors.” — Olga Menagarishvili, Georgia Institute of Technology

Preface
Introduction
A Note on the Texts
Acknowledgments

Appendix A How to Use Sources

Appendix B Writing about Science: A Closer Look

Catherine Nelson-McDermott is a Lecturer in English at the University of British Columbia.

Don LePan is the founder and President of Broadview Press and the author of
Animals (2009).

The companion sites include content for both instructors and students.

The instructor site has a teaching guide. An access code to the website is included with all examination copies.

The student companion site has additional readings, writing materials, and interactive online questions. An access code to the website is included with all new copies. 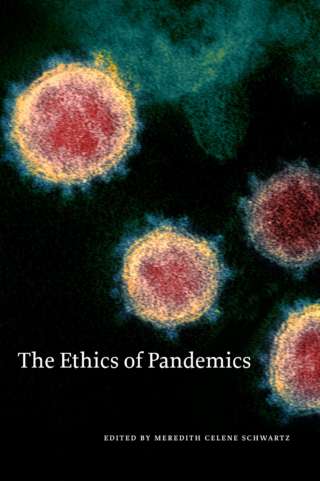 The Ethics of Pandemics