A man awakens to find himself transformed into a giant vermin; a performer starves himself to death as a circus attraction; a fiendish engine of capital punishment engraves the letter of the law into the body of the condemned. Such are the nightmare scenarios that emerge in the short stories of Franz Kafka, one of the twentieth century’s most formative, mystifying literary figures. Though immediate in their impact, Kafka’s stories invite endless angles of interpretation, from Freudian psychology and existentialist philosophy to animal studies.

This volume presents “The Metamorphosis”—together with several other of Kafka’s best and best-known stories—in a nuanced, clear, and powerful translation by Ian Johnston. The appendices provide philosophical, literary, and cultural context, as well as valuable selections from Kafka’s own letters and drawings.

“Simply remarkable! The translator … has done a superb job of making the uncannily ‘untranslatable’ Kafka accessible (especially in ‘The Metamorphosis’) in a manner that is fresh, vivid, and faithful as possible to the author’s original style.” — Gregory Maertz, St. John’s University

“In a fine balancing act, Ian Johnston’s translation blows the dust off of some of Kafka’s major short stories: its formality is never stiff and its colloquialisms never wooden. Johnston transports into modern English the unnatural syntactic and lexical clarity through which Kafka expresses such unnerving ambiguity. A compact yet wide-ranging introduction by Paul Johnson Byrne and the addition of excerpts from Kafka’s literary influences, as well as from his letters, make clear that Kafka was not some brilliant, inexplicable aberration, but rather a product of his background, experience, and reading: a ‘normal,’ yet still exceptional, author. This is a fine brief introduction to Kafka and his work.” — Paul Malone, University of Waterloo

“Equally attractive [as Ian Johnston’s translation] is the historical-philosophical background material on Kafka ‘In Context,’ which includes not only Sacher-Masoch, Nietzsche, Freud, and Mirbeau, but also lesser-known texts and cartoons from popular culture on the Hagenbeck Zoo and hunger artists. These texts are carefully selected to enhance our understanding of Kafka’s writings, and they make this innovative edition a valuable tool for teaching.” — Iris Bruce, McMaster University

Ian Johnston is a research associate at Vancouver Island University.

For a sample of our edition of The Metamorphosis, including the introduction and an excerpt of translated text, click here. (Opens as a PDF.) 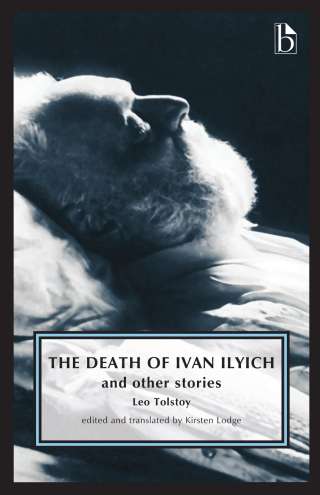