The Death of Ivan Ilyich
And Other Stories

This edition brings together Tolstoy’s 1886 masterpiece and several shorter works that connect with it in thought-provoking ways. The stories are accompanied by a fascinating selection of contextual materials, including nineteenth-century reviews, excerpts from Tolstoy’s letters concerning death, excerpts from a pamphlet he wrote after witnessing the slaughtering of livestock, and a portfolio of relevant photographs. As well as crafting fresh translations both of the stories themselves and of the background materials, Kirsten Lodge has provided an illuminating introduction and helpful annotations.

“Brilliantly conceived and executed, this slender volume should hold great appeal to both teachers of literature and students of life… In her masterful translation, Lodge captures the writer’s full stylistic register, from his quiet lyricism, lucid metaphors, fleshy descriptions, and arresting juxtapositions to his at times torturous syntax, defamiliarizing word choice, and scathing, mirthless wit. Like his contemporaries, modern readers cannot help but marvel at the range and originality of Tolstoy’s experiments in the literature of death, from the felling of a tree at the close of ‘Three Deaths’ to the dark inner worlds of characters drawing their last breath. Lodge’s inclusion of ‘Strider’—a short story told from the perspective of a dying horse—feels especially timely in light of the recent turn in literary criticism toward animal studies… Taken together, Lodge’s selections from Tolstoy’s oeuvre form a sort of modern dance macabre in which death, indifferent and inhuman, fells not only sinners from all stations of life but also plants, animals, self, and other. As her volume amply demonstrates, Tolstoy—more than a century after his own storied death at the Astapovo train station—remains as vital as ever.” — Jefferson J.A. Gatrall, Montclair State University

“Kirsten Lodge’s translation is neat and efficient; she doesn’t mind phrasings that would not, in 1886 in English, have been used and I don’t mind either (for example “goofed up,” p. 21). The voice is steady and un-self-conscious and not bookish or cautious or twisted by Russian grammar or syntax.” — Bob Blaisdell, The Russian Review

COMMENTS on Kirsten Lodge ’s edition of Notes from the Underground:

“… superlative in all respects. It offers an excellent translation, highly readable yet always faithful to the original, as well as essential supplementary materials that make it by far the easiest edition to teach from.” — Michael Wachtel, Princeton University

“Kirsten Lodge’s important new edition of Dostoevsky’s Notes from the Underground offers readers a dazzling collection of contexts, sources, and images for Dostoevsky and his novel, all of which will be indispensable for students and general readers alike.” — Robin Feuer Miller, Brandeis University

“For years I have taught these classic Russian texts [Tolstoy’s The Death of Ivan Ilyich, Dostoyevsky’s Notes from the Underground, and Zamyatin’s We] to students with little or no knowledge of Russian language or culture. In addition to providing clear, readable translations of the texts themselves, Lodge’s editions provide critical apparatus—introductions, notes, secondary texts, and images—that have made these stories much more accessible to my students. Contextual material that I have long had to put in handouts and powerpoints is now conveniently included in the text itself. These are certainly the most teachable editions of these texts currently available.” — Chad Engbers, Calvin University

For a sample of our edition of The Death of Ivan Ilyich, including the introduction and an excerpt of translated text, click here. (Opens as a PDF.) 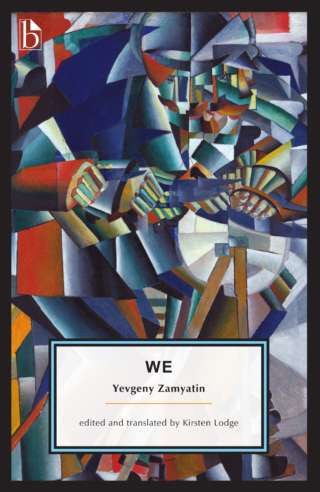