The election of President Donald Trump, through his campaign of race-baiting, sexual harassment, and blatant disregard for human decency, lowered the moral bar of American public discourse. Julius Bailey’s latest book discusses the current state of hypocrisy and mistrust in the American political system, especially as these affect ethnic minorities and low-income groups. In powerful and inspiring prose, Bailey writes with a voice well informed by current events, empirical data, and philosophical observation. Bailey looks at the causes and consequences of this new era and applies his passionate yet astute analysis to issues such as hate speech, gerrymandering, the use of the Confederate flag, and America’s relationship with the gun.

A percentage of the revenue from this book’s sales will be donated to two organizations: The Movement for Black Lives and Color of Change.

“Julius Bailey is one of the most original and courageous philosophers of his generation. In this powerful text, we once again see his unique ability to wed his sharp analysis and philosophical acumen to our American contemporary crises!” — Cornel West, Professor of the Practice of Public Philosophy, Harvard University, author of Race Matters

“Racism, Hypocrisy, and Bad Faith: A Moral Challenge to the America I Love is the prophetic thunder that is needed in such a time as this. The book is meant to convict and convert us to a higher moral standard grounded in truth and justice, instead of hypocrisy and bad faith.” — Andre E. Johnson, The University of Memphis

“Dr. Bailey offers a sophisticated understanding of our current sociopolitical climate and the structural realities that inhibit efforts to advance equity and inclusion. He eloquently reminds us of our moral responsibility to align values and actions, resist racist policies that perpetuate inequality, and demand that leaders be held accountable for their actions. His aspirational vision for a civil, multiracial democracy is built on a commitment to search for truth as well as authentic engagement with others recognizing the promise of intersectionality in building powerful communities of hope. This vision is heartening for those of good will who value the powerful ties that bind us together in the common endeavor of finally delivering on America’s promise of freedom, opportunity, equality, and justice for all.” — Laurie M. Joyner, President, Saint Xavier University

“Racism, Hypocrisy, and Bad Faith is passionate and well written. It is a timely and well-researched scholarly evaluation of current events. The book asks readers to question how we as a nation are living up to the promises that are vital to the American experiment, including the promise to continually improve.” — Bishop Suzanne Darcy Dillahunt, Southern Ohio Synod, Evangelical Lutheran Church in America

“Julius Bailey has written a timely book. With philosophical nuance and a clear focus on the practical challenges we face in the Age of Trump, Bailey demonstrates how bad faith corrodes democratic life in this country. He writes with passion and insight. He looks the darkness of the hour squarely in the face and still holds a hope that we can ‘tear down the edifices of hypocrisy and bad faith and replace them with edifices of truth … and good faith.’ I needed to read this book!” — Eddie S. Glaude, James S. McDonnell Distinguished University Professor, Princeton University

“In Racism, Hypocrisy, and Bad Faith, Professor Julius Bailey presents an extremely timely discussion of the temperament of today’s politics during the post-Obama years—effectively known as ‘the Trump era.’ Through accounts of various examples of ‘bad faith,’ Bailey establishes the existence of a corrupt form of politics that veers away from principles of integrity and earnestness toward the public good. In bad faith, the singular interests of politicians take center stage under the guise of gas-lighted information that hides the course of political actions that are actually hypocritical and ill-formed. Through examination of several race-related political issues, Bailey provides examples of bad-faith politics that disingenuously promote one face of a political issue while providing voice and support for another. As Bailey suggests, ‘dog whistles’ unite the ears of those supporting bad-faith actions. Sincerity and genuineness go unnoticed, until transparency introduces truth in the face of majority rule and popular sovereignty, bringing an interest in good-faith politics to the fore. By deconstructing examples from different contexts and times, Bailey shows how bad faith is an undue (and, hopefully, mutable) disruption of democracy.” — Shayla C. Nunnally, University of Connecticut

Chapter 1 Trump: The Inheritor of the GOP’s Southern Strategy

Chapter 2 Shifting the Goalpost: Poli-Tricks and the Art of Political Gerrymandering

Chapter 4 The Great American Tear: America and the Gun

Chapter 5 A War of Words: The Politicization of Hate Speech

Chapter 6 Origins, Intentions, and Meanings: The Rebel Battle Flag and Its Role in Creating a Bad-Faith White Identity

Julius Bailey is Associate Professor of Philosophy at Wittenberg University. A frequent guest on radio shows as a social critic and education advisor, he is often sought to speak at colleges, prisons, and community organizations and has been interviewed on CNN, Fox, BET, and ABC Nightline. Professor Bailey’s other books include Racial Realities and Post-Racial Dreams: The Age of Obama and Beyond and Philosophy and Hip-Hop: Ruminations on Postmodern Cultural Form.

Read Chapter 4 The Great American Tear: America and the Gun. (Opens as a PDF.) 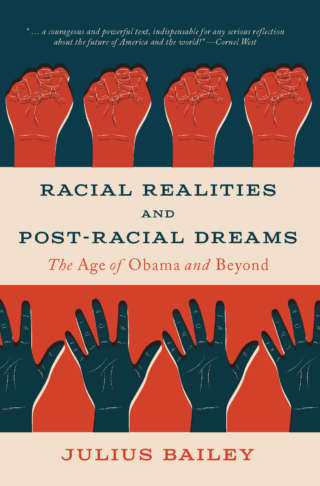 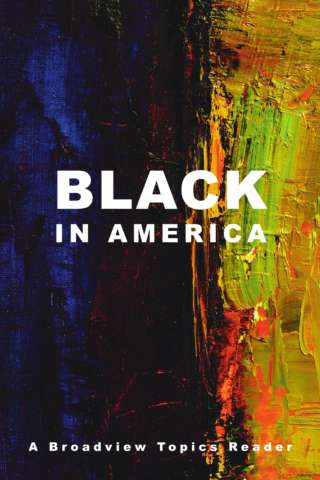