The Age of Obama and Beyond

Silver medalist for the IPPY award for Current Events in 2016!

Racial Realities and Post-Racial Dreams is a moral call, a harkening and quickening of the spirit, a demand for recognition for those whose voices are whispered. Julius Bailey straddles the fence of social-science research and philosophy, using empirical data and current affairs to direct his empathy-laced discourse. He turns his eye to President Obama and his critics, racism, income inequality, poverty, and xenophobia, guided by a prophetic thread that calls like-minded visionaries and progressives to action. The book is an honest look at the current state of our professed city on a hill and the destruction left on the darker sides of town.

A percentage of the revenue from this book’s sales will be donated to two organizations: The Movement for Black Lives and Color of Change.

“Julius Bailey is a grand prophetic intellectual with deep roots in the Black freedom struggle and genuine routes to new radical democratic possibilities. Racial Realities and Post-Racial Dreams is a courageous and powerful text, indispensable for any serious reflection about the future of America and the world!” — Cornel West, author of Race Matters and Democracy Matters

“Julius Bailey has written our generation’s Race Matters. There are many books in the canon of ‘Obama,’ but Bailey seeks to answer questions around moral reasoning and provides a clarion call for change.” — Duchess Harris, Professor and Chair of American Studies, Macalester College

“Dr. Bailey hits the nail on the head … as he perspicaciously confronts and reverses the flawed discourse of success specific to racism in America. As only he can, he sharpens the readers’ thinking with a much-needed cultural candor unique to his profound intellect. Dr. Bailey is masterful here in calling out cowardice and calling for courage.” — Dr. Chandra Gill, CEO, Blackademically Speaking Enterprises

Introduction: “I, Too, Sing America”
Chapter 1: “I Can’t Breathe!” “So What! F✻✻✻ Your Breath”
Chapter 2: Obama and the Myth of a Post-Racial America
Chapter 3: Racism: The Long March to Freedom and the New Jim Crow
Chapter 4: Xenophobia: America Inside Out
Chapter 5: Poverty: A Load Too Heavy to Bear
Chapter 6: Income Inequality: The Unbridgeable Gap
Chapter 7: Repositioning the Moral Arc

Julius Bailey is Associate Professor of Philosophy at Wittenberg University. A frequent guest on radio shows as a social critic and education advisor, he is often sought to speak at colleges, prisons, and community organizations and has been interviewed on CNN, Fox, B.E.T., and ABC Nightline.

This title comes with discussion questions for each chapter. To access these questions, please click on the link below.

For a sample chapter of Racial Realities and Post-Racial Dreams click here (opens as a PDF). 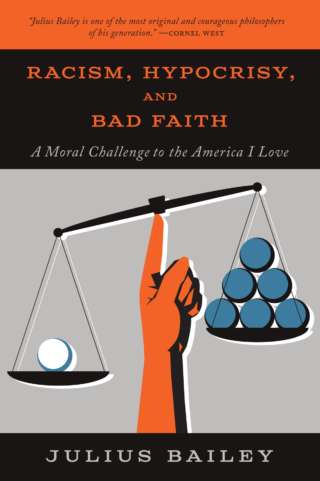