In all six of its volumes The Broadview Anthology of British Literature presents British literature in a truly distinctive light. Fully grounded in sound literary and historical scholarship, the anthology takes a fresh approach to many canonical authors, and includes a wide selection of work by lesser-known writers. The anthology also provides wide-ranging coverage of the worldwide connections of British literature, and it pays attention throughout to issues of race, gender, class, and sexual orientation. It includes comprehensive introductions to each period, providing in each case an overview of the historical and cultural as well as the literary background. It features accessible and engaging headnotes for all authors, extensive explanatory annotations throughout, and an unparalleled number of illustrations and contextual materials, offering additional perspectives both on individual texts and on larger social and cultural developments. Innovative, authoritative, and comprehensive, The Broadview Anthology of British Literature embodies a consistently fresh approach to the study of literature and literary history.

The full Broadview Anthology of British Literature comprises six bound volumes, together with an extensive website component; the latter has been edited, annotated, and designed according to the same high standards as the bound book component of the anthology, and is accessible through the broadviewpress.com website by using the passcode obtained with the purchase of one or more of the bound volumes.

Highlights of Volume 6: The Twentieth Century and Beyond include: Joseph Conrad’s “The Secret Sharer,” “An Outpost of Progress,” an essay on the Titanic, and a substantial range of background materials, including documents on the exploitation of central Africa that set “An Outpost of Progress” in vivid context; and a large selection of late twentieth and early twenty-first century writers such as Ian McEwan, Kazuo Ishiguro, and Zadie Smith.

Praise for The Twentieth Century and Beyond:

“[The Twentieth Century and Beyond] is better [than the competition] on cultural and social contexts, in its introductions, in its number and quality of images and in the choices of texts beyond the classic ones. … Overall, the Broadview Anthology is an immensely attractive one—adventurous and very wide ranging.” — Enda Duffy, University of California, Santa Barbara

“ … sets a new standard by which all other anthologies of British Literature will now have to be measured.” — Graham Hammill, SUNY Buffalo

from The Sleeping Lord (sites.broadviewpress.com/bablonline)

The Online Resources Site for both students and instructors features close to 200 interactive review questions; over 500 online readings across all volumes of the anthology; details on British currency; chronological charts; bibliographies; an audio library with 37 samples ranging from Old English to the early 20th Century; and more. An access code to the website is included with all new copies. If you purchased a used copy or are missing your passcode for this site, please click here to purchase a code online.

Package Pricing for The Broadview Anthology of British Literature:

Please note that packages containing four or more volumes may need to be split up due to their bulk. Please contact your Broadview Rep or customerservice@broadviewpress.com for a package ISBN.

Broadview is happy to create a custom coursepack including only your selected readings, from this and/or any of our other anthologies and editions (with the exception of readings that are controlled by a rights holder other than Broadview Press). We offer an easy and intuitive Custom Text Builder, and you can also contact our Custom Text Administrator.

If you would like to inquire about different package possibilities, please contact customerservice@broadviewpress.com or your local sales representative to be sure of obtaining the most advantageous pricing option for your students. Further discounts may be available for large course adoptions. 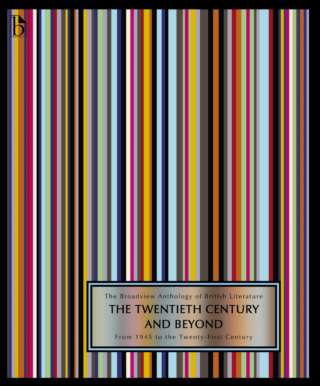 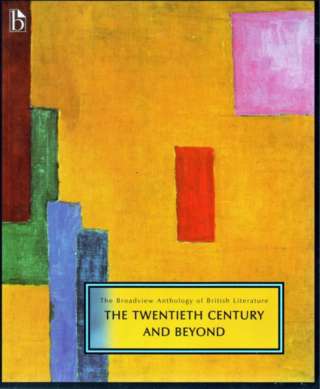 The Broadview Anthology of British Literature Volume 6: The Twentieth Century and Beyond