This book can be purchased on its own or in a discounted package with access to the How Poems Work website. If you wish to order the package, please contact us at Customer Service or place the order through your bookstore using ISBN 1-4881-0270-8 / 978-1-4881-0270-7.

Presenting a broad range of fully annotated selections from the long history of poetry in English, this anthology provides a rich and extensive resource for teaching traditional canons and forms as well as experimental and alternate trajectories (such as Language poetry and prose poetry). In addition to a chronological table of contents suited to a literary-historical course framework, the volume offers a list of conceptual and thematic teaching units called “Poems in Conversation.” Instructors will find the Conversations helpful for lesson plans; students will find them equally helpful as a resource for presentation and paper topics. Headnotes to each poet are designed to be useful to both instructors and students in the classroom: for instructors new to particular poets, the headnotes will provide helpful grounding in the most current scholarship; for students, they will provide frameworks and explanations to help them approach unfamiliar texts.

As a unique feature in the current market, this anthology also incorporates contemporary song lyrics from alternative, indie, rap, and hip-hop songs, fully integrated into the Conversations as rich material for teaching in the under­graduate classroom.

“Poems: A Concise Anthology is truly concise, covering over one thousand years of poetry in English in a single volume. It is also remarkably capacious, offering selections from a wide array of poets. Alongside canonical writers from Chaucer to Emily Dickinson to Seamus Heaney, the editor has included recently recovered work by women and African American writers. Popular songs make up part of the selection. A substantial selection of poetry by writers working today are included. The headnotes are succinct and well-informed. Glosses of unfamiliar words and spare but necessary notes help without bogging down the reader. The broad array of materials offers maximum flexibility to instructors in syllabus design. This book provides everything necessary for introductory poetry classes and undergraduate poetry classes more generally. It will be a pleasure to use for both students and instructors.” — Eliza Richards, University of North Carolina at Chapel Hill

“[I] enjoyed looking over the text and marveling at the selections.”— Mira Foote, Community College of Carroll County

“How often does a volume of poems that surveys centuries of its finest instances enable a professor to rethink her or his syllabus from top to bottom? Poems: A Concise Anthology inspired me to revitalize a course that was becoming predictable. I know of no other comparable textbook that offers a teacher a chance to draw upon the most resonant examples of canonical poetry, and simultaneously engenders discussions of the social roles that poetry might play in mobilizing literate communities still in a formative stage. Elizabeth Renker’s astute editorial touch honors the metrical tradition, even as she expands the ground conditions of material and popular culture for lyrical praxis. Its survey of practitioners of avant-garde practitioners, in particular, usefully goes beyond mere token recognition and enables my current syllabus to recognize the full amplitude of contemporary poetry.” — Bill Mohr, Professor, California State University, Long Beach

Elizabeth Renker is Professor of English at The Ohio State University. She is the recipient of many teaching awards and has published widely on nineteenth-century American poetry. In 2012, The Princeton Review named her one of the top 300 professors in the nation, across all universities and disciplines.

The student companion site includes additional readings to supplement the book. An access code to the website is included with all new copies.

Please click here for the “Poems in Conversation” units (opens as a PDF).

— Fully annotated
— Cutting-edge poems and underrepresented genres (Language poetry, conceptual poetry, humorous poetry)
— Incorporates contemporary song lyrics from alternative, “indie,” rap, hip-hop, and rock/pop genres
— Comprehensive and thoughtful selection of 19th-century American poetry allows students to see the historical development of the genre
— Genuinely diverse in both author representation (gender, ethnicity) and in styles and themes
— Fills a need in the market for a comprehensive anthology at a truly affordable price
— Includes a wide range of grouped poetic “Conversations” that help readers to study connections between a wide range of poems and songs 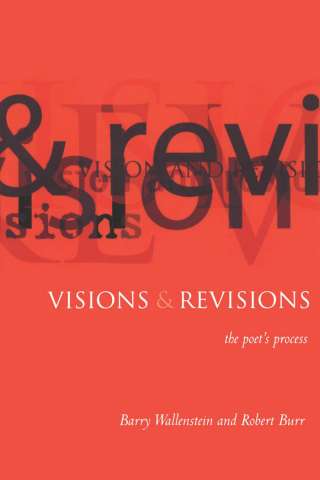 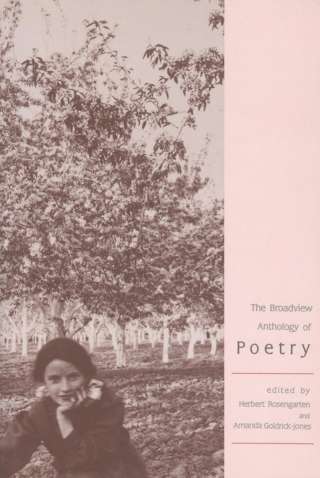 The Broadview Anthology of Poetry