D.L. Macdonald and Kathleen Scherf’s edition of Frankenstein has been widely acclaimed as an outstanding edition of the novel—for the general reader and the student as much as for the scholar. The editors use as their copy-text the original 1818 version, and detail in an appendix all of Shelley’s later revisions. They also include a range of contemporary documents that shed light on the historical context from which this unique masterpiece emerged.

New to this edition is a discussion of Percy Shelley’s role in contributing to the first draft of the novel. Recent scholarship has provoked considerable interest in the degree to which Percy Shelley contributed to Mary Shelley’s original text, and this edition’s updated introduction discusses this scholarship. A new appendix also includes Lord Byron’s “A Fragment” and John William Polidori’s The Vampyre, works that are engaging in their own right and that also add further insights into the literary context of Frankenstein.

A companion website (Frankenstein: Online Theory and Criticism) offering a selection of over 30 key scholarly articles on the novel, background information on literary theory, and other helpful student resources, can be purchased separately by clicking here.

“This is the best, the most thoughtful advanced school edition of Frankenstein ever done. The text is well-edited, the introduction is thorough, and the collection of contextual documents could hardly be improved.” — Jerome McGann, University of Virginia

“Superb. The introduction and appendices are particularly valuable … accessible and illuminating.” — Bernard Hirsch, University of Kansas

“I have taught Frankenstein before, but this edition, with its compact, thoughtfully chosen, pedagogically helpful, and scholarly auxiliaries to the text of the novel, has renewed my excitement about teaching it again. The novel itself awakens interest in the students, but the introductions and appendices compel their respect for scholarly work and offer many creative ways to go about it.” — Randall VanderMey, Westmont College

“As an Associate Editor of the many-volumed Cornell Wordsworth Series, I have been dealing with editorial issues for the last forty years. The third edition of Broadview’s Frankenstein is one of the best classroom editions (of any book) that I have seen. It is extraordinarily sensitive to textual issues, and it resists the temptation to simplify complex matters; the book instead helps students to understand the various complications and why they are important. The supplementary materials are just what an instructor needs to set Frankenstein in its context and to promote informed student discussion of the novel’s central themes.” — Jim Butler, La Salle University

Preface
Introduction
Mary Wollstonecraft Shelley: A Brief Chronology
A Note on the Text

Frankenstein; or, The Modern Prometheus

Appendix A: The Education of Mary Shelley: Godwin and Wollstonecraft

Appendix B: The Education of Victor Frankenstein: Darwin and Davy

Appendix C: The Education of the Monster: Volney, Goethe, Plutarch, Milton, and Wollstonecraft

Appendix I: Introduction to Shelley’s 1831 Edition

The late D.L. Macdonald was Professor of English at the University of Calgary.
Kathleen Scherf is Professor of Communications at Thompson Rivers University, Kamloops, British Columbia. They co-edited the Broadview Editions of Mary Wollstonecraft’s The Vindications, Matthew Gregory Lewis’s The Monk, and John Polidori’s The Vampyre and Ernestus Berchtold. 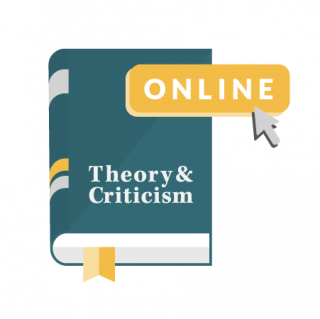