The Broadview Anthology of British Literature: Concise Volume A – Third Edition
The Medieval Period - The Renaissance and the Early Seventeenth Century - The Restoration and the Eighteenth Century

In all six of its volumes The Broadview Anthology of British Literature presents British literature in a truly distinctive light. Fully grounded in sound literary and historical scholarship, the anthology takes a fresh approach to many canonical authors, and includes a wide selection of work by lesser-known writers. The anthology also provides wide-ranging coverage of the worldwide connections of British literature, and it pays attention throughout to issues of race, gender, class, and sexual orientation. It includes comprehensive introductions to each period, providing in each case an overview of the historical and cultural as well as the literary background. It features accessible and engaging headnotes for all authors, extensive explanatory annotations, and an unparalleled number of illustrations and contextual materials. Innovative, authoritative and comprehensive, The Broadview Anthology of British Literature has established itself as a leader in the field.

The full anthology comprises six bound volumes, together with an extensive website component; the latter has been edited, annotated, and designed according to the same high standards as the bound book component of the anthology, and is accessible by using the passcode obtained with the purchase of one or more of the bound volumes.

The two-volume Broadview Anthology of British Literature, Concise Edition provides an attractive alternative to the full six-volume anthology. Though much more compact, the concise edition nevertheless provides instructors with substantial choice, offering both a strong selection of canonical authors and a sampling of lesser-known works. With an unparalleled number of illustrations and contextual materials, accessible and engaging introductions, and full explanatory annotations, the concise edition of this acclaimed Broadview anthology provides focused yet wide-ranging coverage for British literature survey courses.

Among the works now included for the first time in the concise edition are Chaucer’s The Prioress’s Tale; the York Crucifixion play; more poems from Sidney’s Astrophil and Stella; an expanded section of writings by Elizabeth I, more poems by Lady Mary Wroth, and an expanded selection of work by Margaret Cavendish. The literatures of Ireland, Gaelic Scotland, and Wales are now much better represented, and a selection of work by Laboring Class Poets is now included. There are also new contextual materials—including a substantial section on “Transatlantic Currents.”

In the case of several authors and texts (among them The Four Branches of the Mabinogi, Julian of Norwich, Sir Thomas Malory, and Phillis Wheatley), the new edition will incorporate substantial improvements that have been made in the new editions of the period volumes published in recent years.

As before, the Concise edition includes a substantial website component, providing instructors with a great degree of flexibility. For the first time, a selection of Chaucer’s Canterbury Tales will be available online in facing-column format (with versions in modern English included opposite the original text).

Praise for the Broadview Anthology of British Literature, Concise

“I am pleased to say that my students and I really enjoyed using The Broadview Anthology of British Literature, Concise Edition this past fall and spring semesters in my survey of British literature. … The final average of my spring survey class was one of the highest in my teaching career, and I am sure that the Broadview anthology was one of the many reasons for this excellent performance. My students were also excited about the Broadview editions of Frankenstein and Tess of the D’Urbervilles that we used.” — Richard Branyon, Eastern Connecticut University

“ … sets a new standard by which all other anthologies of British literature will now have to be measured.” — Graham Hammill, University at Buffalo, The State University of New York

“… I have been using The Broadview Anthology of British Literature for three years now. I love it—and so do my students!” — Martha Stoddard-Holmes, University of California, San Marcos

For a PDF of the table of contents, click here.

NOTE: The online component of the anthology offers a substantial number of additional readings, edited to the same standards as the bound book. Online readings appear in the hyperlinked sections below; to download these readings, please follow the hyperlinks to the BABL online resources site and log in using your passcode.

THE RENAISSANCE AND THE EARLY SEVENTEENTH CENTURY

THE RESTORATION AND THE EIGHTEENTH CENTURY

The Online Resources Site for both students and instructors features close to 200 interactive review questions; over 500 online readings across all volumes of the anthology, with 42 additional readings specific to this volume; details on British currency; chronological charts; bibliographies; an audio library with 37 samples ranging from Old English to the early 20th Century; and more. An access code to the website is included with all new copies. If you purchased a used copy or are missing your passcode for this site, please click here to purchase a code online.

Sample introductions and readings from The Broadview Anthology of British Literature Concise Volume A 3e (opens as PDFs):
Beowulf
Elizabeth I
Margaret Cavendish

Add any standalone edition to a package containing one or more of our anthology volumes for free! A second edition may be added for only $10. To view a complete list of available editions, please click here.

Multiple volumes of The Broadview Anthology of British Literature can also be packaged together:

To obtain a package ISBN, or to inquire about other discounted package options, please contact your Broadview representative or customerservice@broadviewpress.com. Further discounts may be available for large courses.

Broadview is happy to create a custom text including only your selected readings, from this and/or any of our other anthologies and editions (with the exception of copyright-protected readings that are controlled by rights holders other than Broadview Press). We offer an easy and intuitive Custom Text Builder, and you can also contact our Custom Text Administrator.

Features of The Broadview Anthology of British Literature

Features of Concise Volume A

Features New to the Third Edition 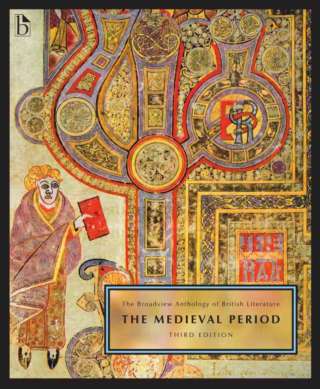 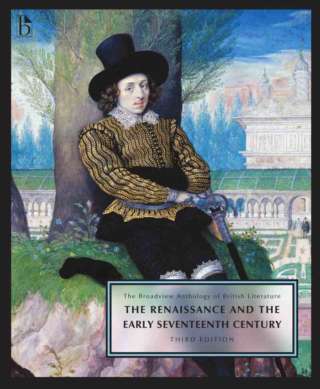 The Broadview Anthology of British Literature Volume 2: The Renaissance and the Early Seventeenth Century – Third Edition 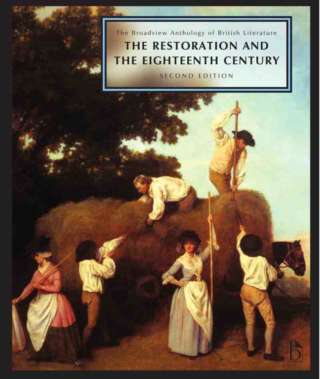 The Broadview Anthology of British Literature: Volume 3: The Restoration and the Eighteenth Century – Second Edition