“the triumph of hypocrisy over integrity”: Julius Bailey on America in 2020

[The following is an excerpt from the introduction to Julius Bailey’s new book, Racism, Hypocrisy, and Bad Faith: A Moral Challenge to the America I Love.]

I am strongly in favor of common sense, common honesty and common
decency. This makes me forever ineligible to any public office of trust or
profit in the Republic.
—H.L. Mencken 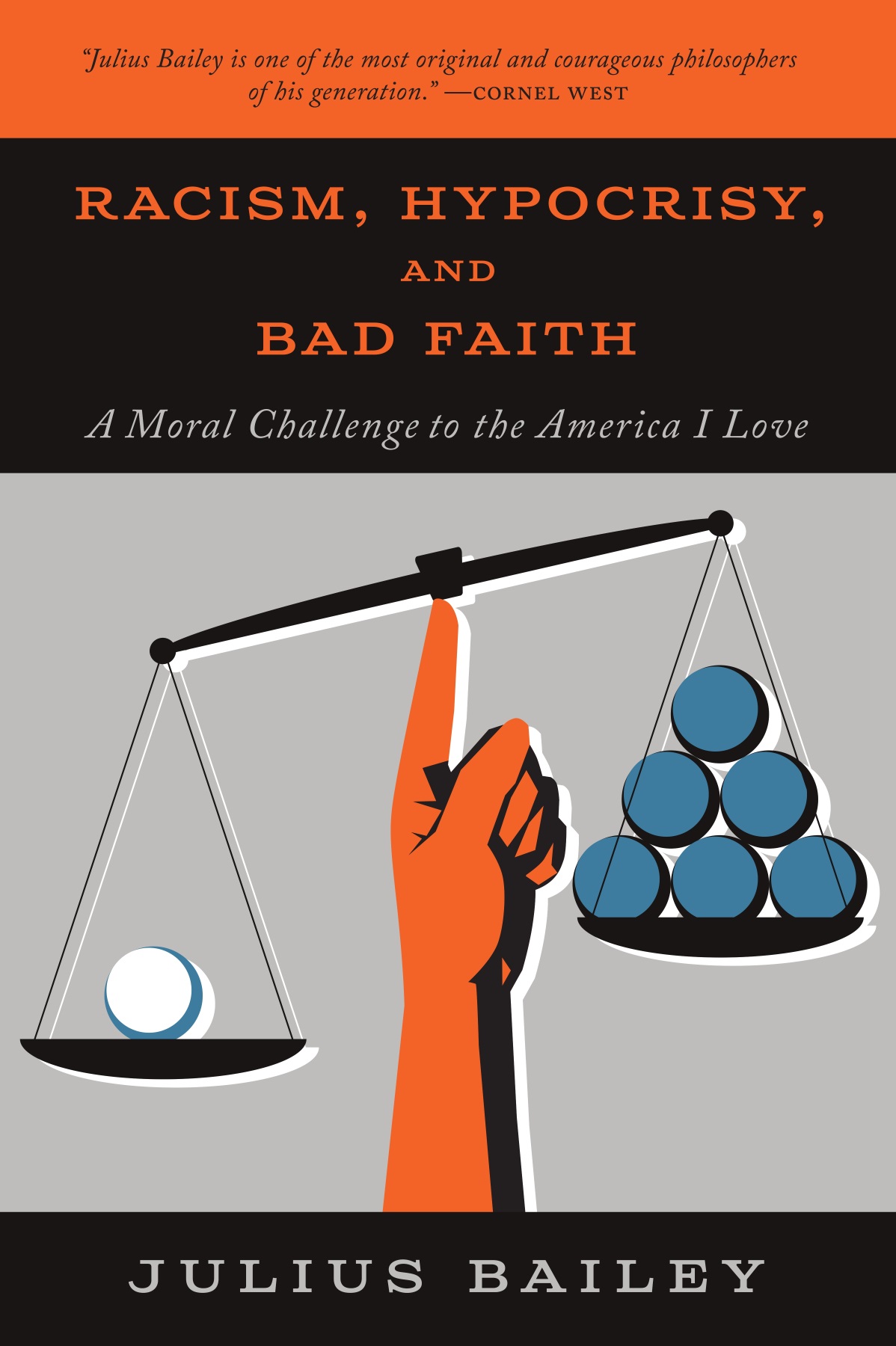 At the memorial service for officers slain in the 2016 Dallas police massacre, George W. Bush salvaged his political legacy by doing something usually considered unpresidential: he rebuked a sitting president. “We have seen our discourse degraded by casual cruelty,” he said. “Too often, we judge other groups by their worst examples while judging ourselves by our best intentions.” After delivering his speech, Bush calmly returned to his seat and shared a handshake and heartfelt embrace with Barack Obama. This display of decency—the call for honorable discourse, the display of bipartisan consensus—did more than put Bush back on the right side of history. It also reminded the American people—especially those who voted for Bush just twelve years earlier—of their civic responsibilities, as well as how far their standards had slipped. Who could ever imagine such a display of integrity from Donald Trump?

The election of Trump signaled the triumph of hypocrisy over integrity—of judging others by their worst examples while judging ourselves by our best intentions. Bad-faith arguments have poisoned the well of civic discourse. Flagrant corruption and nepotism have shifted the goalposts of the acceptable so far that we are no longer on a recognizable playing field. How can we ask for or even demand political engagement when democratic norms are being flouted every day? How can we look this generation of new voters in the eye and tell them that tomorrow will be better, when each news cycle brings with it fresh outrages and new lows? Won’t they blame us for our seeming inability to reverse course? Tomorrow’s challenges may make today’s seem almost surmountable by comparison. What are we doing to shore up the systems and institutions that tomorrow’s Americans will depend on to help them weather the coming storm? How long can we hold out if the pendulum swings further to the right? Will our country survive an eight-year Trump presidency? On the morning after Bush Jr. was re-elected in 2004, the Daily Mirror, a left-leaning British newspaper, ran the headline “How can 59,054,087 people be so DUMB?” Imagine the headlines around the world if, after four years of being gaslighted every day by our current president, we sign up for another four.

In order to prevent this happening, we need to understand how we got here, and we need to know who is to blame—but endless debates over culpability are not only distracting us from solving the structural insecurities in our political system; they are also rewarding bad actors by amplifying their deliberate attempts to sow discord. We as a nation have a reckoning ahead of us—a reckoning of the scarred political landscape and of our roles in abandoning our responsibilities as citizens to hold corrupt politicians in check. Such a reckoning may not be possible while we are merely reacting to a news cycle dominated and controlled by the president and his disinformation campaign. So it goes that Democrats are outraged by one of Trump’s outrageous tweets; Republicans respond by bringing up Barack Obama’s “bitter clingers” remark or Hillary’s “basket of deplorables.” Trump brings out the worst in all of us simply by getting our attention, by distracting us from managing our own problems and forcing us to share in his distorted, amoral reality in which integrity is a myth and anyone claiming to possess it is a liar. This “whataboutism” leaves us powerless against corrupt politicians and foreign governments who seek to sabotage the state by eroding the public’s trust in its institutions. This is the reality that Bush warned against in his 2016 memorial speech: a reality characterized by a disparity between our principles and our actions; a world of weaponized hypocrisy.