A Toast to a New Stamp Act Sourcebook

What better way to celebrate a victory than with a series of toasts. A group calling themselves the Sons of Liberty did just that on the occasion of the repeal of the Stamp Act. This document is included in Jonathan Mercantini’s newly published The Stamp Act of 1765, the second title to appear in the Broadview Sources series.

Mercantini introduces the document in this way:

“Toasts were a common form of celebration in the colonial era and they were frequently used to espouse a political message to the celebrants. These toasts highlight the fact that many of the issues of the Stamp Act crisis remained at the forefront of colonial concerns in the years that followed. The celebration of repeal also demonstrates how that memory remained fresh in the minds of the colonists as their contest with the King and Parliament over the limits of their authority continued. The document also shows how many people were perceived as playing an important role in the repeal of the Stamp Act and the defense of American liberty.” 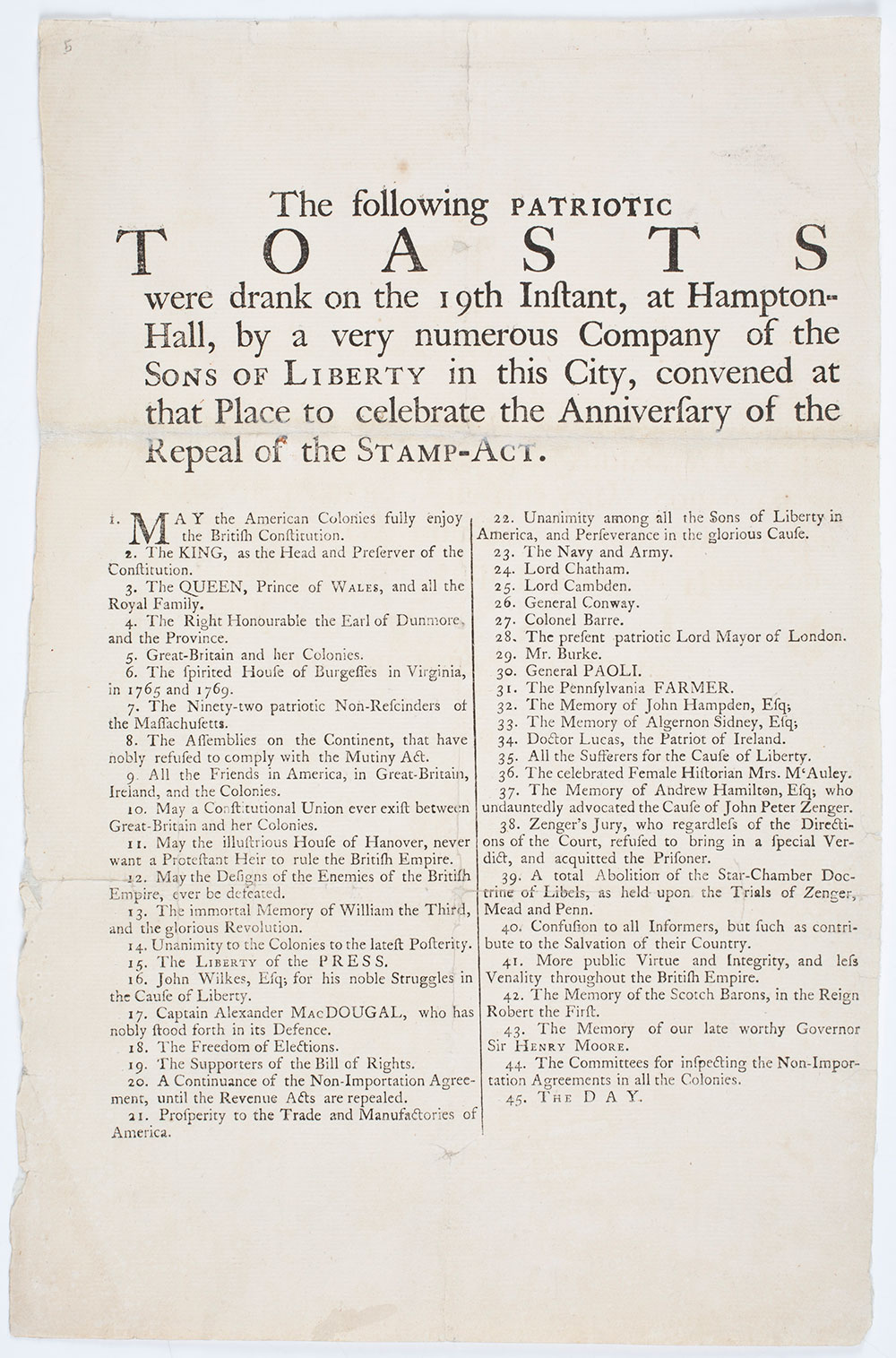 We are currently acquiring new titles for this series. Each volume in the Broadview Sources series features a short overview of a historical topic, together with a collection of documents. Geared towards the undergraduate classroom, these texts allow students to engage with a diverse collection of primary sources. Inexpensive and short (usually no more than 200 pages), the volumes provide convenient access to a carefully curated set of documents. The accessible introductions are authored by experts in the field.