This Land is Their Land

However polite its title, the 1891 “Petition to the Senators and Representatives of the Congress of the United States in the Behalf of the Remnants of the former Tribes of the Yosemite Indians Praying for Aid and Assistance” was anything but deferential.

It offers a blunt critique of white gold miners’ brutal incursion into the Yosemite region in the late 1840s; sharply criticizes the state-sanctioned violence that California unleashed in the 1850s on the Indigenous people of the Central Sierra; and astutely recognizes that elite tourists—and the amenities they required to cushion their late nineteenth-century visits to the rugged landscape—was yet another form of cultural disruption and physical dispossession. The previous half century of exploitation had turned the Ahwahneechii and Monos into “poorly-clad paupers and unwelcome guests, silently the objects of curiosity or contemptuous pity to the throngs of strangers who yearly gather in this our own land and heritage.” The once-fertile and -sustaining terrain itself had been torn apart. “The gradual destruction of its trees, the occupancy of every foot of its territory by bands of grazing horses and cattle, the decimation of the fish in the river, the destruction of every means of support for ourselves and families by the rapacious acts of the whites,” the petition asserted, would “shortly result in the total exclusion of the remaining remnants of our tribes from this our beloved valley, which has been ours from time beyond our faintest traditions, and which we still claim.” 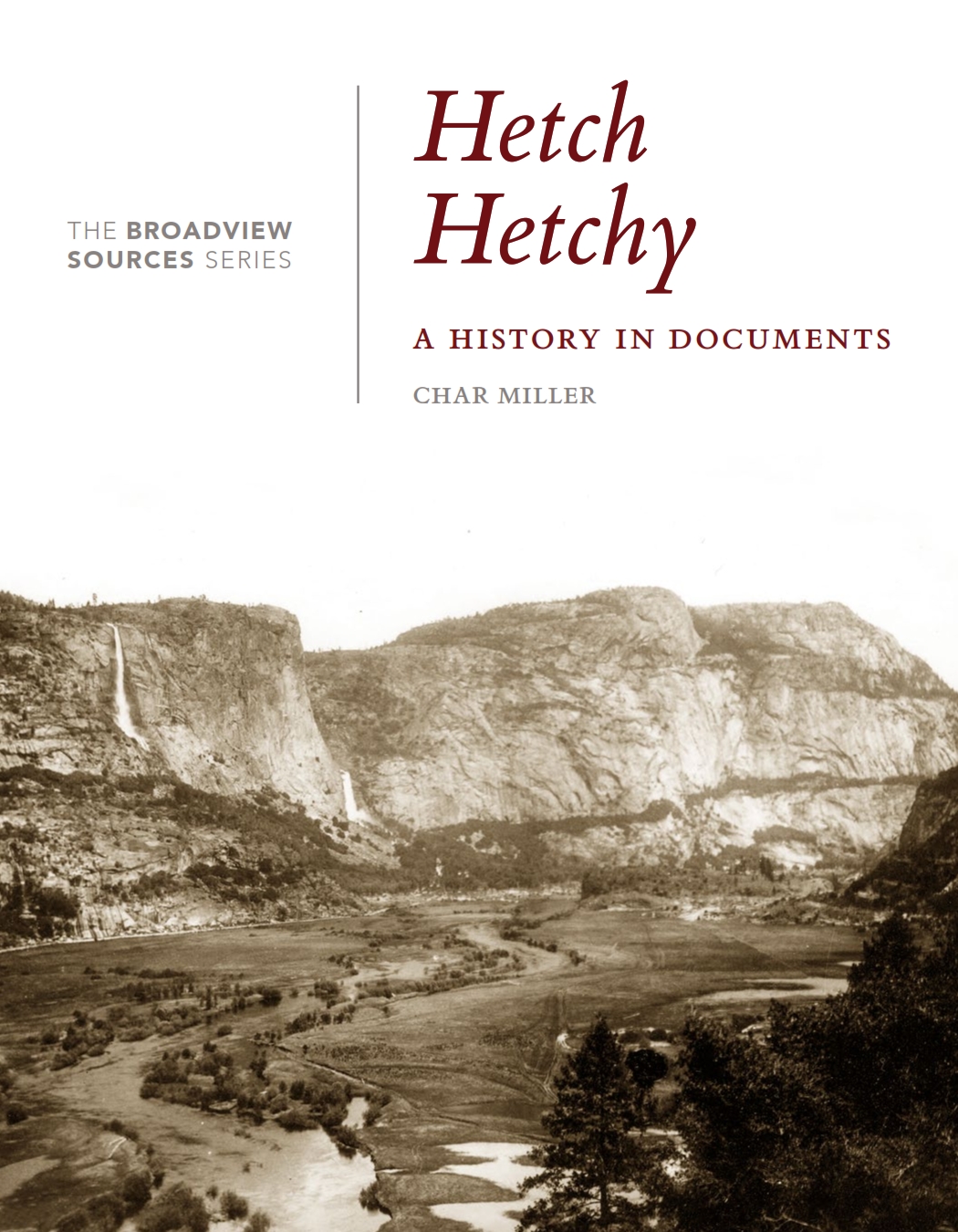 The US government did not respond to this appeal for the return of tribal lands, an ironclad treaty that would protect their inheritance, and compensation for their decades of immiseration. Instead, the petition, to which 43 survivors put their names, was buried in the 1891 report of Yosemite’s acting park superintendent. But its bureaucratic fate does not diminish its importance any more than does the probability that the document’s amanuensis was a Euro-American fluent in English. The oral histories on which the petition depends, and, as anthropologist Ed Castillo has observed, the “incredible description” it provides of the “political, military, and ecological factors driving remaining tribesmen from their valley” could only have as their source local Indigenous knowledge.”[2]

That knowledge, and the distressing catalogue of injustices it contains, is an important challenge to settler colonial justifications for How the West Was Won. One facet of that master narrative also centers on Yosemite National Park: by the time tourists arrived to ooh and ahhh over its iconic waterfalls, steep granite walls, and staggering vistas, the land was “empty.” Its putative emptiness set the stage for an early twentieth-century, decade-long battle over whether to build a dam in the park’s Hetch Hetchy Valley. The dam’s proponents, including federal officials, as well as citizens and politicians in San Francisco eager to secure a stable water supply following the 1906 earthquake that had devastated the city, believed the dam was emblematic of Progressive Era reforms that provided essential—and publicly owned—resources to a rapidly urbanizing society. John Muir, founding president of the Sierra Club (est. 1892), was among those who pushed back, arguing that the dam’s construction would inundate the wild Hetch Hetchy Valley. “Dam Hetch Hetchy!,” he thundered, “as well dam for water-tanks the people’s cathedrals and churches, for no holier temple has ever been consecrated for the heart of man.”

What neither side admitted was that their respective arguments depended on a shared perception of Hetch Hetchy—that no one lived there. Its emptiness enabled dam supporters to conclude that the site would be perfect for a reservoir. Its emptiness, for those like Muir who pressed for the valley’s preservation, was a mark of its higher utility as pristine nature. Yet to conceive of this valley as devoid of people required erasing the history and contemporary status of the Indigenous people that their 1891 petition had so brilliantly evoked. Moreover, and ever since, that erasure has found further expression in the disquieting silence about the tight links between the ruthless expulsion of the Indigenous nations from the Yosemite region, the national park’s establishment, and the subsequent Hetch Hetchy controversy.

Hetch Hetchy: A History in Documents is designed to break that silence. This innovative collection contains an array of material—oral histories, correspondence, petitions, newspapers, magazines, illustrations, and other primary sources—that revise our understanding of the significance of the Hetch Hetchy imbroglio. The text contains four sections and within each the relevant documents are chronologically organized.

Yet any resolution of this latest struggle to define the future of Hetch Hetchy, and by extension Yosemite, must start by prioritizing what hitherto has been ignored— Indigenous claims asserted in the 1891 petition: “we say this valley was not given to us by our fathers for a day, or a year, but for all time.”

[1] Char Miller is the W.M. Keck Professor of Environmental Analysis and History at Pomona College in Claremont, CA. He is author of Gifford Pinchot and the Making of Modern Environmentalism, America’s Great National Forests and Grasslands, co-author of Death Valley National Park: A History and co-editor of the forthcoming Theodore Roosevelt: Naturalist in the Arena.

[2] Ed Castillo, “Petition to Congress on Behalf of the Yosemite Indians,” The Journal of California Anthropology, 5: 2 (Winter 1978), 271-277 offers the best analysis of the petition and its insights.