The Dawn of Ebooks 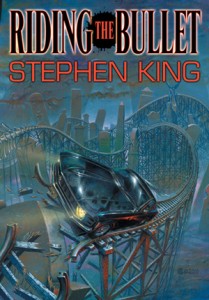 In 1999, the development of the Open eBook (OeB) format—which would later become the EPUB format—was the first step in moving publishing into a digital age. Early e-readers such as the Rocket Ebook and the Softbook were issued, and publishers began implementing systems of digital production. In 2000, Stephen King became the first author to publish a work that was available solely in electronic format; his novel Riding the Bullet is still considered a landmark of digital publishing.

Despite the industry’s initial enthusiasm, it was nearly a decade before the technology was in place to truly support digital readership. The improvement of wireless networks, the growing popularity of smartphones, and the prominence of online retailers such as Amazon and Barnes and Noble in the late 2000s contributed to a new generation of readers that were digitally conscious and technically savvy; people now had the tools and the skill set to greet the dawn of ebooks and e-readers with new enthusiasm.

To read more on the development of ebooks and on digital publishing, see Chapter Four: Modern Times: From Paperback to e-Books, in Solveig Robinson’s The Book in Society.