The Socialist Circle of 1880’s London: Engels on A City Girl 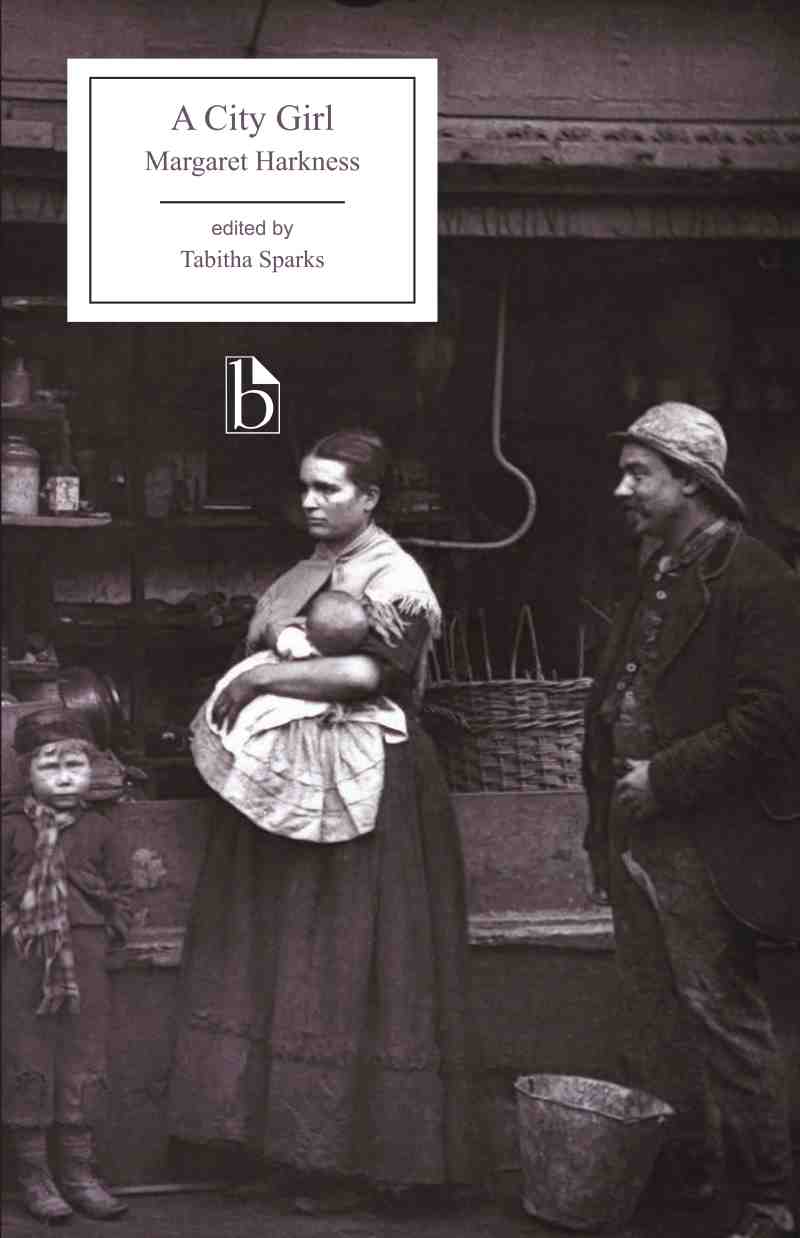 The following is an excerpt from Appendix A of our recently published edition of Margaret Harkness’s A City Girl, in which Friedrich Engels responds to the novel.

[The following letter from Friedrich Engels (1820–95) to Harkness about A City Girl has perhaps generated more concentrated attention from critics than the novel itself. Engels, the German-born philosopher and social scientist, founded Marxist theory along with Karl Marx (1818–83). In later life he lived in London and knew Harkness through socialist circles.]

I thank you very much for sending me through Messrs Vizetelly your City Girl. I have read it with the greatest pleasure and avidity. It is indeed, as my friend [Wilhelm] Eichhoff your translator calls it, ein kleines Kunstwerk[1]; to which he adds, what will be satisfactory to you, that consequently his translation must be all but literal, as any omission or attempted manipulation could only destroy part of the original’s value.

What strikes me most in your tale besides its realistic truth is that it exhibits the courage of the true artist. Not only in the way you treat the Salvation Army, in the teeth of supercilious respectability, which respectability will perhaps learn from your tale, for the first time, why the Salvation Army has such a hold on the popular masses. But chiefly in the plain unvarnished manner in which you make the old, old story, the proletarian girl seduced by a middle-class man, the pivot of the whole book. Mediocrity would have felt bound to hide the, to it, commonplace character of the plot under heaps of artificial complications and adornments, and yet would not have got rid of the fate of being found out. You felt you could afford to tell an old story, because you could make it a new one by simply telling it truly.

Your Mr. Arthur Grant is a masterpiece.

If I have anything to criticise, it would be that perhaps, after all, the tale is not quite realistic enough. Realism, to my mind, implies, besides truth of detail, the truthful reproduction of typical characters under typical circumstances. Now your characters are typical enough, as far as they go; but the circumstances which surround them and make them act, are not perhaps equally so. In the City Girl the working class figures as a passive mass, unable to help itself and not even making any attempt at striving to help itself. All attempts to drag it out of its torpid misery come from without, from above. Now if this was a correct description about 1800 or 1810, in the days of Saint-Simon and Robert Owen,[2] it cannot appear so in 1887 to a man who for nearly fifty years has had the honour of sharing in most of the fights of the militant proletariat. The rebellious reaction of the working class against the oppressive medium which surrounds them, their attempts— convulsive, half-conscious or conscious—at recovering their status as human beings, belong to history and must therefore lay claim to a place in the domain of realism.

I am far from finding fault with your not having written a point-blank socialist novel, a “Tendenz-roman” as we Germans call it, to glorify the social and political views of the author. That is not at all what I mean. The more the opinions of the author remain hidden, the better for the work of art. The realism I allude to may crop out even in spite of the author’s opinions. Let me refer to an example. Balzac whom I consider a far greater master of realism than all the Zolas passés, présents et à venir,[3] in La Comédie humaine gives us a most wonderfully realistic history of French “Society,” especially of le monde parisien[4] describing, chronicle fashion, almost year by year from 1816 to 1848 the progressive inroads of the rising bourgeoisie upon the society of nobles, that reconstituted itself after 1815 and set up again, as far as it could, the standard of la vieille politesse française?[5] He describes how the last remnants of this, to him, model society gradually succumbed before the intrusion of the vulgar moneyed upstart, or were corrupted by him; how the grande dame, whose conjugal infidelities were but a mode of asserting herself in perfect accordance with the way she had been disposed of in marriage, gave way to the bourgeois, who horned her husband for cash or cashmere; and around this central picture he groups a complete history of French Society from which, even in economical details (for instance the rearrangement of real and personal property after the Revolution) I have learned more than from all the professed historians, economists and statisticians of the period together. Well, Balzac was politically a Legitimist;[6] his great work is a constant elegy on the irretrievable decay of good society; his sympathies are all with the class doomed to extinction. But for all that his satire is never keener, his irony never bitterer, than when he sets in motion the very men and women with whom he sympathises most deeply—the nobles. And the only men of whom he always speaks with undisguised admiration, are his bitterest political antagonists, the republican heroes of the Cloître Saint-Méry,[7] the men, who at that time (1830–36) were indeed the representatives of the popular masses. That Balzac thus was compelled to go against his own class sympathies and political prejudices, that he saw the necessity of the downfall of his favourite nobles, and described them as people deserving no better fate; and that he saw the real men of the future where, for the time being, they alone were to be found—that I consider one of the greatest triumphs of Realism, and one of the grandest features in old Balzac.

I must own, in your defence, that nowhere in the civilised world are the working people less actively resistant, more passively submitting to fate, more hébétés[8] than in the East End of London. And how do I know whether you have not had very good reasons for contenting yourself, for once, with a picture of the passive side of working-class life, reserving the active side for another work?

2 Claude Henri de Rouvroy, comte de Saint-Simon (1760–1825), was a political theorist who championed the interests of the working class and helped to found the modern discipline of sociology. Robert Owen (1771–1858), a Welshman, founded a utopian community based on socialist principles (see p. 13).

5 “The old French politeness” (French). Honoré de Balzac (1799–1850) is considered one of the great realists of the novelists of his day. His La Comédie humaine is a multi-volume (91 finished works) collection of realist novels and stories, many of them interlinked, forming a sweeping representation of French social life between 1815 and 1848.

6 Legitimists were monarchists, overthrown in 1793. During the Second Empire they joined other monarchists to fight against the Paris Commune, which was defeated in 1871.

7 Engels is referring to the Paris uprising (5 and 6 June 1832), also called the June Rebellion, an insurrection against King Louis- Philippe that figures prominently in Victor Hugo’s Les Misérables (1862).