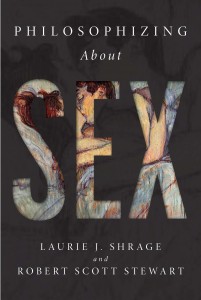 Some recent studies suggest that teens sext for a wide variety of reasons, including peer pressure and to engage in a form of “safe sex.” Some teen sexters, like many teens before them, wonder why adults are making such a fuss. In a recent Australian study, a number of teenagers interviewed thought that the word itself, ‘sexting,’ was nothing but a media label deployed to raise unnecessary alarm about teen behavior. Some of these teenagers indicated that they never use the term because it now has the connotation of something sinister or offensive, and so they opt instead for the more neutral term “pictures.” These Australian teens have a point: most media commentary about teen sexting includes a lot of hyperbole and, at times, reflects or promotes mass hysteria. Yet can teens exchange sexy “pictures” in responsible ways that avoid violating another’s privacy and that avoid damaging their own or another minor’s mental health and reputation?

Teenagers in the Australian study recognized that sext messages often get shared, and that this could cause problems for the person who originally sent the message, and especially for any females whose bodies and sexual behavior are exposed. These teenagers were also adamant that charging them with child pornography was completely unwarranted, at least in most cases. Child pornography charges were only appropriate, they thought, when there was a significant age difference between the people exchanging sexts and when one of them was well beyond his (or sometimes her) adolescence. There was some ambivalence regarding how educators should deal with sexting, though they noted that simply telling teenagers not to sext was both ineffective and inappropriate.

Many within the legal profession recognize the need to find ways to address sexting among teenagers who are close in age, without resorting to the criminal justice system. The lawyer for the 16-year-old girl in British Columbia, mentioned in an earlier paragraph, points out that sexting is lawful for adults, and then raises the following question about using criminal statutes against child pornography: “The provisions were created to protect children. So is it now appropriate to use those provisions to prosecute children? … On a common sense level, does it make sense to charge youth with child pornography if they are not engaged in pedophiliac behaviour?” It does not seem to make sense when the sexting is consensual and the acts recorded are not themselves criminal acts, unlike in the Rehtaeh Parsons case. Marsha Levick, legal director of the non- profit Juvenile Law Centre, makes a similar point when she asks, “Why should we criminalize a kid for taking and possessing a photo of herself…. There is no problem that needs to be solved.” Shaheen Shariff, from McGill University’s education faculty, agrees: “I don’t think putting kids through the criminal justice system is the answer, especially under child pornography laws.” Shariff continues, “Schools have always been reactive to bullying and cyberbullying, and occasional anti-bullying programs haven’t worked. We need to address the root societal issues of rape culture, misogyny, homophobia and objectification of women—and get kids to realize the long-term impact of their postings.” One issue is why sexting is so much more damaging to girls or women than to boys or men? How does sexting get used to stigmatize women for their sexual behavior (“slut” labeling), and also gay men and lesbians?

As a form of speech between adults, most sexting is protected by free-speech guarantees. So when adults consensually exchange sext messages, even misogynist or homophobic ones, or ones that trivialize rape, this is mostly legal. But when the sexting involves sexual images of children, it is no longer protected speech, even when children are producing and disseminating images of themselves. We need to find ways to limit the speech of minors without criminalizing their sexually explicit messages about themselves, especially when they share these consensually with others of similar age. In her recent article “Why Kids Sext,” Hanna Rosin mentions that approximately 20 states in the U.S. have approved “sexting” laws that treat initial offenses as misdemeanors and repeat violations as felonies, with lighter penalties for the former. She writes,

Where they’ve been passed, the new laws have helpfully taken ordinary teen sexting out of the realm of child pornography and provided prosecutors with a gentler alternative. But they have also created deeper cultural confusion, by codifying into law the idea that any kind of sexting between minors is a crime. For the most part, the laws do not concern themselves with whether a sext was voluntarily shared between two people who had been dating for a year or was sent under pressure: a sext is a sext. So as it stands now, in most states it is perfectly legal for two 16-year-olds to have sex. But if they take pictures, it’s a matter for the police.[1]

Rosin proposes that laws regulating sexting should target those who forward a sext to a third party without the consent of its author, and also anyone who gains access to nude “selfies” and circulates or publishes them without the permission of the author and those depicted in the photograph. Rosin’s research shows that approximately 1/3 of teens in the U.S. sext, and thus laws that criminalize an increasingly common behavior among teenagers represents an overreaction to the harm typically done, and compounds the damage to the minors whom the laws are meant to protect. Parents and law enforcers have other ways to minimize the harms of sexting, such as by making teens more aware of the rights and wrongs, and benefits and costs of sexting, and how to protect themselves and others against such violations of their privacy.