[Brian Yothers, editor of our new edition of Melville’s “Benito Cereno,” shares his thoughts on the history of the story’s reception and its context.]

In the blazing heart of one of the most famous speeches in the political and literary history of the United States, his 1852 oration “What to the Slave is the Fourth of July,” Frederick Douglass emphasized the political efficacy of a literary device, exclaiming

Three years later, Herman Melville, a writer who, unlike Douglass, was not actively engaged in the antislavery movement even though his hatred for slavery and racism are evident throughout his body of work, published “Benito Cereno,” a story of slave revolt that is suffused with irony, in the literary magazine Putnam’s. The following year, he included “Benito Cereno” in The Piazza Tales, the only collection of Melville’s short fiction published in his lifetime. The Broadview edition of “Benito Cereno” that will be published in November, 2019, is built around the complex relationship between Melville’s version of irony and Douglass’s and between political activism and literary indirection. 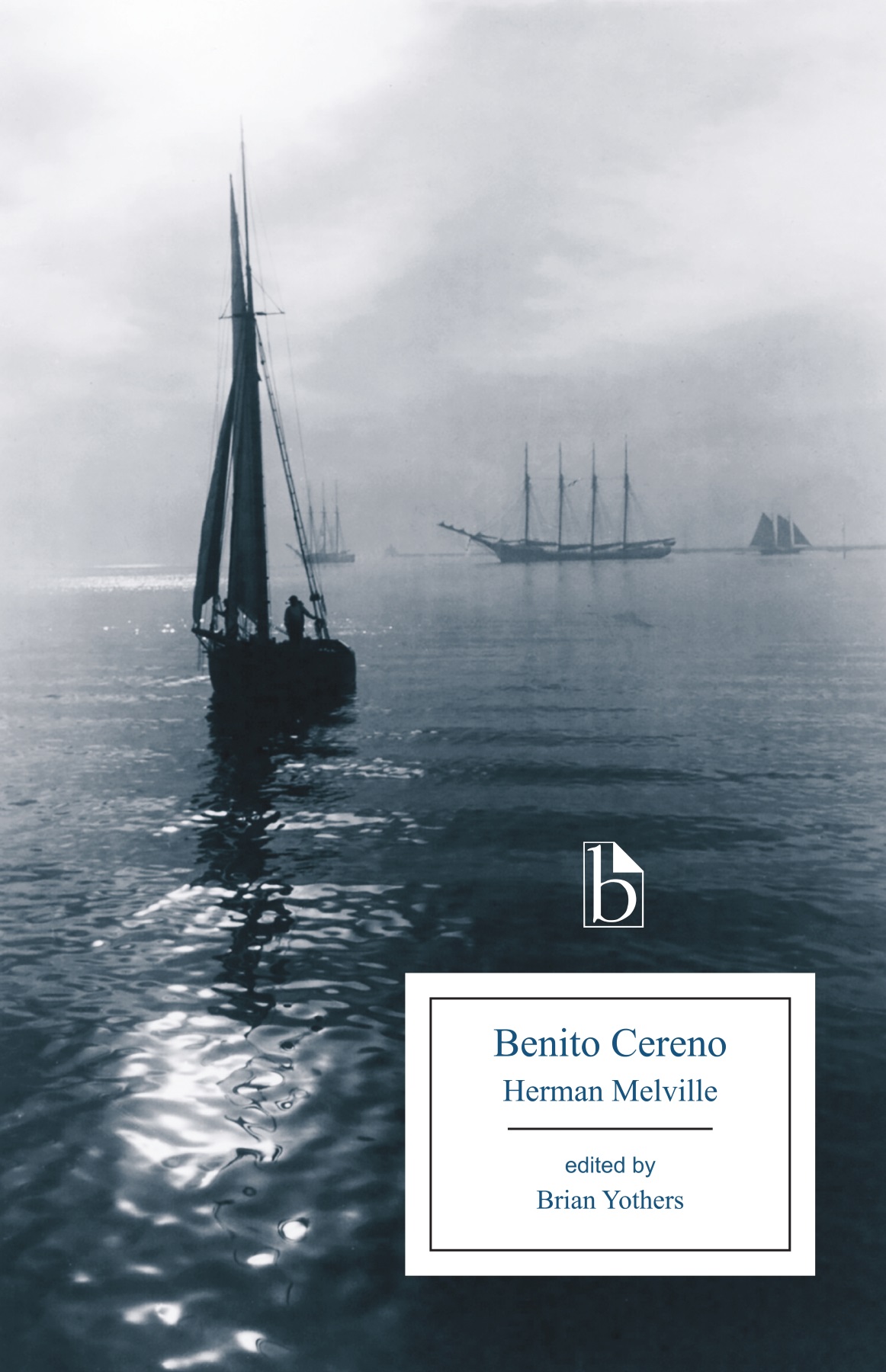 Notably, “Benito Cereno,” despite being published in 1855 in the middle of increasingly intense national debates over slavery, and despite dealing explicitly with an initially successful and ultimately foiled slave rebellion, was not read in relation to the antislavery movement in the early years of Melville studies (roughly the 1920s to the 1960s). Instead, it was often seen as a kind of universal parable on the nature of evil, and Babo, the leader of the slave revolt, was often treated as a straightforward villain. Indeed, C.L.R. James, a critic who was deeply concerned with Melville’s treatment of race and slavery across his career, regarded “Benito Cereno” as a work in which Melville had retreated from his earlier egalitarianism. Over the last forty years, the work of scholars including Carolyn Karcher, Eric Sundquist, Emily Miller Budick, Sterling Stuckey, Greg Grandin, Ivy Wilson, Christopher Freeburg, Kelly Ross, and Brenna Casey, among many others, has emphasized the devastating critique of both slavery and the racist ideologies that upheld it, meaning that in the twenty-first century, readers find “Benito Cereno” to be a very different text than the one that readers found in the middle of the twentieth century.

In the new Broadview edition, Melville’s text is put into conversation with images, speeches, poems, and fiction that grew out of the transatlantic movement to abolish slavery and also with literary representations of slavery and slave rebellion across the Americas. Melville’s complicated response to the violence of slavery and to violent resistance to slavery plays out in relation to poems by Frances E. W. Harper and Elizabeth Barrett Browning and autobiography and fiction by Frederick Douglass. His use of layers of irony in his representation of the early American ship’s captain Amasa Delano can be compared to James Monroe Whitfield’s ironic recasting of a patriotic standard in his 1855 poem “America.” Melville’s own treatment of race and imperialism from the south Pacific to the south of the United States across his career can be traced from his earliest novel, Typee, through Moby-Dick and on to his long career as a poet. Throughout, the edition seeks to allow students to reflect on the relationship between history and literary form, and the relationship between Melville’s ironies in “Benito Cereno” and the ironies of American freedom and slavery that Douglass invoked with such biting eloquence.